Considered a masterpiece in fine art book printing, The Kelmscott Chaucer is inspiring to anyone who has the opportunity to view it.

Toward the end of the 19th century William Morris—considered by many to be the father of the Arts and Crafts movement and the first Designer, I think, of the modern age—published what many consider to be a masterpiece of printing: The Complete Works of Geoffery Chaucer. Chock full of stunning woodcut illustrations by artist Edward Burne-Jones, this gorgeous book was published by Morris’s Kelmscott Press in 1896 just months prior to his death. This stunning book continues to inspire designers and artists today, the only problem, it’s hard to find images from it online.

Going back in time about two years ago, I discovered that my then-current employer had a copy of it in their library—employee access only. Oh, the thrill of excitement I felt when I learned this! Well, it took me a few months to find the time to go visit said library and request the opportunity to view it. The librarian gave me and my fellow co-worker an odd look. We, after all, worked for a world-renown medical center, why would we want to see this? It had nothing to do with medicine. (Little did they know…)

After putting on the required cotton gloves, I opened the massive book and we drank it in, page after beautiful page. (It is a big book if you’ve ever had the chance to view it in person, the dimensions are roughly 11-inches x 16-inches and it’s got nearly 600 pages.) An hour later, we went back to our offices inspired, but I had forgotten my camera. Doh!

Fast forward a few weeks later, I’m preparing to leave for a new job and remembered that I wanted to go take some pictures of the Chaucer. So on my second-to-last day, armed with my trusty point-and-shoot camera and an appointment, I headed back up to the library.

The librarian was different this time. She was also more protective. At first, she offered to let me photograph a “reproduction”. A black and white, half-sized version of the book. Sadly, I started thumbing through it. I looked at the running headers on each page and asked where the red was. Surprised, I was answered that there was no red ink. Countering that, yes there was, would you please check? I was again granted permission to view Mr. Morris’s masterpiece.

Moving at a faster pace than I wanted—the librarian hovering nervously, worried I’d hurt the binding—I turned the pages and snapped as many pictures as I could and left. I would have loved to have spent a few hours soaking in the beauty of this book. Returning to my desk, I downloaded and shared with everyone in the office, then set about moving from Minnesota to Utah and a new life.

These pictures have now languished in my photo library for nearly two years. I took them fully intending to share them but at the same time a little nervous about the quality of some of the pictures. I did rush through when I took them. Well, I’ve overcome that fear. I’d rather share these as a source of inspiration for the larger design community now. Someday I hope I’ll have another chance to personally turn the pages of an edition of The Kelmscott Chaucer. Maybe by then, I’ll have a better camera and more time. Until then, enjoy!

Well, what are you waiting for? Go view the photos! 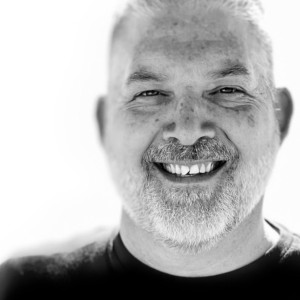